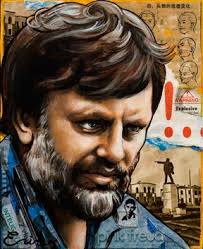 only be resolved, their immediate overlapping can only be mediated, when the Notion’s universality is asserted or posited (or appears) as such, in opposition to its otherness, to every particular determination. In such a move, the Notion returns “out of its determinateness into itself,” it reinstates itself “as self-identical, but in the determination of absolute negativity”— absolutely negating all and every positive content, all and every particular determination. The pure I (the Cartesian cogito, or Kantian transcendental apperception) is just such an absolute negation of all determinate content: it is the void of radical abstraction from all determinations, the form of “I think” emptied of all determinate thoughts. What happens here is what Hegel himself refers to as a “miracle”: this pure universality emptied of all content is simultaneously the pure singularity of the “I”; it refers to myself as the unique evanescent point which excludes all others, which cannot be replaced by any others— my self is, by definition, only me and nothing else. The I is, in this sense, the coincidence of pure universality with pure singularity, of radical abstraction with absolute singularity.  And this is also what Hegel aims at when he says that in “I” the Notion as such comes to exist: the universal Notion exists in the form of the I in which absolute singularity (it is me, only me) overlaps with radical abstraction (as pure I, I am totally indistinguishable from all other I’s).  In Paragraphs 1343 and 1344 of the Science of Logic, he then adds the “bad news” that accompanies the “good news” of the Notion’s return-to-itself from its otherness: “Individuality is not only the return of the Notion into itself; but immediately its loss”; that is, in the guise of an individual I, the Notion not only returns to itself (to its radical universality), freeing itself from the otherness of all particular determinations; it simultaneously emerges as an actually existing “this,” a contingent empirical individual immediately aware of itself, a “being-for-self”: 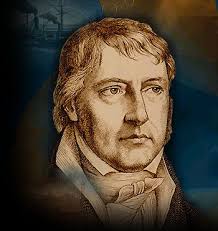 immediate identity of the negative with itself; it is a being-for-self. Or it is the abstraction that determines the Notion, according to its ideal moment of being, as an immediate. In this way, the individual is a qualitative one or this. [Hegel, Hegel’s Science of Logic, p. 621]

We find here already the allegedly “illegitimate” move from notional determinations to actual existence whose best-known version occurs at the end of the Logic, when the Idea releases itself into Nature as its externality. Let us avoid the standard idealist misunderstanding: of course, this speculative move does not “create” the flesh-and-blood individual, but it “creates” the “I,” the self-relating empty point of reference that the individual experiences as “itself,” as the void at the core of its being."

- Zizek, Slavoj. Less Than Nothing: Hegel and the Shadow of Dialectical Materialism. (Verso; 1 edition (May 22, 2012)

Levi has an excellent post on Karen Barad's use of the thesis that relations are internal in her statement that “relata do not precede relations” (Meeting the Universe Halfway, 334). Levi argues for both endo/exo and/or internal/external relations between objects and their separation or withdrawel from all relations.

I want go into the details of the post, only that several commentors still have issues with correlationism and relations etc... I left my own comments on what he terms the subset of the debate, Correlationism: 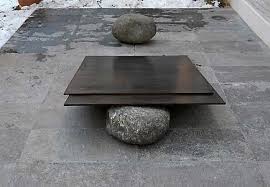 It always seems to me people get stumped over just what correlationism is. Obviously it goes back to Kant’s Copernican Turn (so called):

“Up to now it has been assumed that all our cognition must conform to the objects; but all attempts to find out something about them a priori through concepts that would extend our cognition have, on this pre-supposition, come to nothing. Hence let us once try whether we do not get further with the problem of metaphysics by assuming that the objects must conform to our cognition, which would agree better with the requested possibility of an a priori cognition of them, which is to establish something about objects before they are given to us. This would be just like the first thought of Copernicus, who, when he did not make good progress in the explanation of the celestial motions if he assumed that the entire celestial host revolves around the observer, tried to see if it might not have greater success if he made the the observer revolve and left the stars at rest” (Preface to Critique of Pure Reason B/XVI)”

It is this reversal from both the empirical and rationalist theocentric pre-critical stance to Kant’s Epistemic Turn that is at issue in Correlationism. Kant's subjective turn internalized the external ontological relations of transcendental realism of both the empirical and rational traditions: “Space is not an empirical concept which has been derived from outer experiences.” (B/38) On the contrary: “…it is the subjective condition of sensibility, under which alone outer intuition is possible for us.” (A/26; B/42)

OOO is not a return to the pre-critical ontologies of the past, but a swerve from those traditions by shifting the questions from substance itself to relations. And obviously for relations to come about there must be a something that precedes a relation that instigates the relations to begin with (the old joke of which comes first the chicken or the egg). And I agree Levi we have differing kinds of relations. The shift beyond correlationism is to decenter the obvious connection with the human/world divide or gap that is central to humanistic thought and philosophy of finitude.

The major question is how do relations happen, how does contact or communication between objects/machines happen: a concept of happening and event is at issue. A relation is an end result of a process that has its origin in desire or anxiety, a probing of the lines of influence between objects rather than a study of the objects themselves.